Do as the French Do!

Often when the subject of traveling in France comes up, the reaction is the same… the French are at times difficult people to love. The reality is that the French people sometimes have an opposition to outside influence due to their desire to preserve their culture.

They are also a very opinionated people and not afraid of expressing themselves (as more people should be).  As a result there are some French whose initial reaction is to almost reject outsiders. So what does a visitor do to appease the French beast? Firstly and most important do as the French do! Don’t behave American with fanny pack, shorts and tennis shoes, staring at a map…instant sore thumb. Rather embrace the culture, break in those chic boots you bought and get lost! Wander the city, have unique experiences.

Second pratiquez votre français! Even if all you can do is simple conversation it is better than nothing. You might be wondering why do I have to learn the language for vacation?

Well the fact is that to the French their language is one of the most sacred parts of their culture. For them it is a sign of respect of their culture if you make an effort to speak to them. Now it is true that some people will just be rude regardless but with those people, just smile and move on. C’est la Vie!

Third and finally learn French jokes… find out something about the place you are visiting. What is trending right now? What is currently going on? What is funny to them? Yes a little bit of research will go a long way. 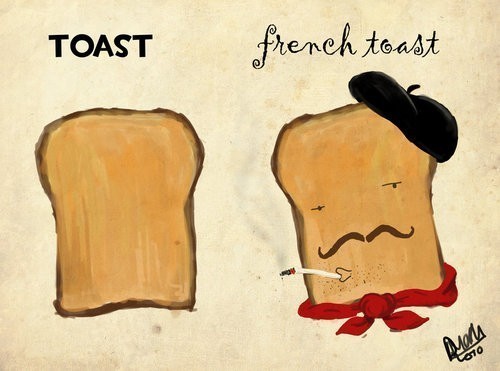